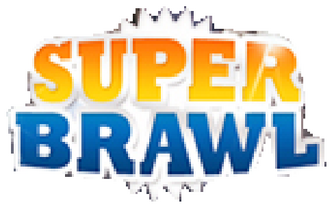 Super Brawl is a fighting browser videogames series by Nickelodeon, featuring characters, places and items from various Nickelodeon series, thus serving as a crossover between them.

Retrieved from "https://fictionalcrossover.fandom.com/wiki/Super_Brawl_(Nickelodeon)?oldid=54548"
Community content is available under CC-BY-SA unless otherwise noted.