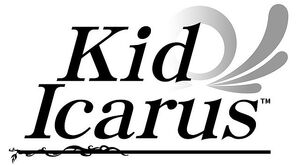 For detailed information about this series, see: Divinipedia

Kid Icarus is a series of videogames by Nintendo revolving around the adventures of the angel Pit.

The series is only composite of three original games and a remake:

Additionally, sets of AR Cards compatible with Kid Icarus: Uprising were released starting in 2012. 411 cards were originally released in two series, then a 412nd card was released only digitally on December 4, 2018.

Retrieved from "https://fictionalcrossover.fandom.com/wiki/Kid_Icarus?oldid=52983"
Community content is available under CC-BY-SA unless otherwise noted.