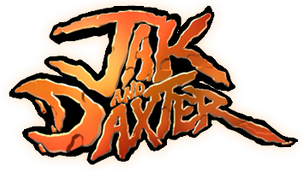 For detailed information about this series, see: Jak and Daxter Wiki

Jak and Daxter is a series of video games by Sony and Naughty Dog.

Retrieved from "https://fictionalcrossover.fandom.com/wiki/Jak_and_Daxter?oldid=52918"
Community content is available under CC-BY-SA unless otherwise noted.